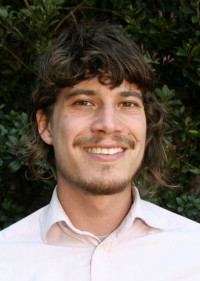 Antonio Roman-Alcalá is an educator, researcher, writer, and musician based in San Francisco. He helped found and manage San Francisco’s Alemany Farm, the San Francisco Urban Agriculture Alliance, and the California Food Policy Council, and produced the documentary In Search of Good Food. His scholarly work stems largely from his experiences organizing agroecological urban farms and anti-gentrification struggles and focuses on making connections between land use, justice, environmental sustainability, and empowered inclusionary decision-making. Currently, he teaches permaculture with the Urban Permaculture Institute and organizes for changes in urban (social/physical) infrastructure at grassroots and municipal levels while working towards his PhD at International Institute of Social Studies at Erasmus University. He holds a BA from University of California at Berkeley and an MA from ISS.