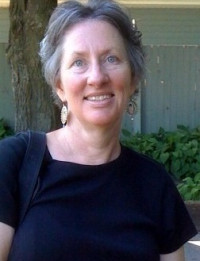 Carolyn Raffensperger is Executive Director of the Science and Environmental Health Network. In 1982, she left a career as an archaeologist in the Southwestern United States to join the environmental movement. As an environmental lawyer, she specializes in the fundamental changes in law and policy necessary to protect public health and the environment. She is best known for her work on the precautionary principle and developing a legal framework to assert the rights of future generations to a habitable planet.Carolyn is co-editor of Precautionary Tools for Reshaping Environmental Policy (2006) and Protecting Public Health and the Environment: Implementing the Precautionary Principle (1999).

Roundtable
Contribution to GTI Roundtable "Religion and a GT"
An exchange on the essay Meaning, Religion, and a Great Transition
December 2014
Read