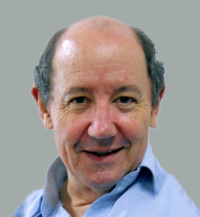 David Christian is Professor of History and Director of the Big History Institute at Macquarie University in Sydney. By training a historian of Russia and the Soviet Union, he has become interested in world history on very large scales, or “Big History,” since the 1980s. He taught at Macquarie University from 1975 to 2000, then at San Diego State University, before returning to Macquarie in 2009. He was founding president of the International Big History Association and co-founder, with Bill Gates, of the Big History Project. He is the author of Maps of Time: An Introduction to Big History, among many other books and articles. He holds a PhD from Oxford University.

GTI Forum
The Case for Optimism
Contribution to GTI Forum Which Future Are We Living In?
November 2022
Read

Roundtable
Contribution to GTI Roundtable Party Time?
An exchange on the essay A World Political Party: The Time Has Come
February 2019
New integrated curricula and a “big history” perspective will help create the global citizens who will become the foundation for a world party.
Read