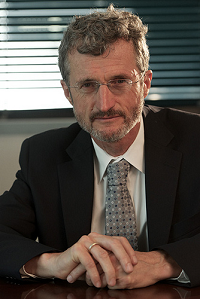 Georg Kell is the founder of the UN Global Compact, the world's largest voluntary corporate sustainability initiative with 8,000 corporate participants in 160 countries. He led the initiative from 2000 until his retirement in 2015. He is currently Vice Chairman of Arabesque Partners, a value‐based asset management firm. He began his career as a research fellow in engineering at the Fraunhofer Institute in Berlin and then worked as a financial analyst in various countries in Africa and Asia, joining the United Nations in 1987. He holds advanced degrees in economics and engineering from the Technical University Berlin.

Can corporations become socially responsible actors in a globalizing world? The recently retired Founding Executive Director of the UN Global Compact discusses the prospects for moving beyond incremental change. He finds reasons for hope in increased transparency and collaboration.