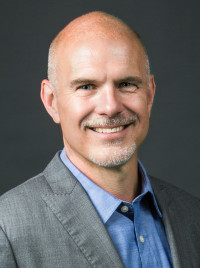 Michael Platt is James S. Riepe University Professor, Professor of Neuroscience, Professor of Psychology, and Professor of Marketing at the University of Pennsylvania. With appointments in the Perelman School of Medicine, the School of Arts & Sciences, and the Wharton School, he works at the intersection of economics, psychology, and neuroscience, studying the biological mechanisms that underlie decision-making in social environments. He is a former president of the Society for Neuroeconomics, the former director of the Duke Institute for Brain Sciences, and the former Director of the Duke Center for Cognitive Neuroscience. He received his BA from Yale and his PhD from the University of Pennsylvania, and was a post-doctoral fellow at NYU.

Roundtable
Contribution to GTI Roundtable "Why We Consume"
An exchange on the viewpoint Why We Consume: Neural Design and Sustainability
February 2016
Read