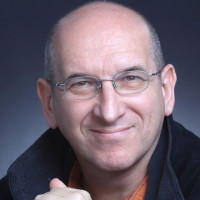 Michel Bauwens is the founding director of the P2P Foundation, which studies the impact of peer-to-peer technology on society. He is also research director of CommonsTransition.org and a founding member of the Commons Strategies Group. He has written a number of books and reports, including Network Society and Future Scenarios for a Collaborative Economy (with Vasilis Kostaki). He has crafted Commons Transition Plans for Ecuador and Ghent, Belgium, and advises SMart, a nonprofit that assists freelance workers in the creative industry.

Roundtable
Contribution to GTI Roundtable Party Time?
An exchange on the essay A World Political Party: The Time Has Come
February 2019
Building a Global Commons Coalition to connect and empower multiplying efforts to revitalize the commons is the way to go.
Read