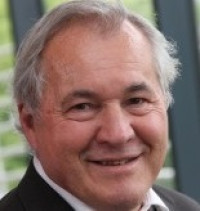 Ronaldo Munck is Head of Civic Engagement at Dublin City University, where his role includes engaging the university’s teaching and research with the needs of the community. He is also a Visiting Professor of International Development at the University of Liverpool and the University of Buenos Aires. He has written widely on his native Latin America, most recently Rethinking Latin America, and, as an active trade unionist as well as scholar, on the impact of globalization on labor. He was a lead author for the International Panel on Social Progress Report Rethinking Society for the 21st Century. His current project focuses on the prospects for the new social movements in Latin America.

Essay
Workers of the World Unite (At Last)
April 2019
To confront global capital, labor must itself globalize. Indeed, unions are already starting to organize transnationally, a harbinger, perhaps, of a new international to come.

Roundtable
Contribution to GTI Roundtable Debating the Precariat
An exchange on the essay The Precariat: Today’s Transformative Class?
October 2018
Work in the Global South has always been precarious, but the resurgence of global labor organizing offers a way forward.
Read