The science of the Anthropocene shares with Drama a focus on the human as actor, asserting that the human actor in living systems has agency on a planetary scale of magnitude to change the structure of the planetary biosphere and affect the Gaian Balance, and has been doing so since the mid-twentieth century.

Consciousness of planetary human agency is critical to the Great Transition to the planetary phase of civilization. Actors in living systems need to believe that we have planetary agency in order to embrace, and commit to, the evolutionary project of creating and designing a planetary civilization. The Anthropocene asserts we have such planetary agency, and in the quantifiable, measurable terms of the dominant epistemological hegemony of Western Logos that persists as the epistemology of “truth,” even in a post-truth world.

The dramatic question is this: Will we use our awakening powers of planetary human agency to create a tragic Anthropocene of global anguish, systemic suffering, mass failure to thrive, and human perishing from the earth in the worst tragic fall there is, crashing out of the evolutionary drama of life into our own extinction? Or, will we direct our planetary human agency toward creating a eudaimonic Anthropocene of collective joy, thriving well-being, and a great revitalization of human flourishing in a thrivegenic planetary civilization?

One dramatic challenge we have is that consciousness of human agency on a planetary scale awakened by the Anthropocene has emerged in the context of a tragic stage in the long epic drama of human life on earth, when we share a collective tragic fate of human perishing from the earth in a great human extinction. As a result of the synchronicity of the designation of “Anthropocene” with the meta-tragedy of human actors in cultural systems causing human extinction, the consciousness of human agency on a planetary scale emerging coterminously with the Anthropocene is tragic and fatal planetary human agency.

In this light, Paul Raskin’s choice to use the dramatic frame of an epic tragedy fits perfectly.

As the bringer of fire to humankind, the tragedy of Prometheus fits the fossil fuel age that is generating the tragic Anthropocene of human perishing. Further, the Capitalocene has rightness of fit for the Tragic Promethean Anthropocene. The Promethean Anthropos who stole the ancient sunlight of solar fire from deep within Gaia is the modern, Western, industrial, colonizing, misogynistic, racist, “apart-from-nature,” global, capitalist, fossil-fueled human who is actively creating the tragic Anthropocene of human perishing from the earth.

Cue: Hubris. Hubris has many more dimensions than pride or egotism; one core hubristic quality is blindness, turning a blind eye toward oneself and denying that one is acting tragically. In ancient Greek tragedies, hubristic blindness is the core driver of failure to avert and transcend a tragic fate. In Anthropocene terms, hubristic actors in cultural systems have the terrible, tragiogenic potential to create a tragic Anthropocene of human perishing while denying they are, deluding themselves and others that they are “a god-species,” which is textbook hubris.

The vital dramatic point is that “the enemy that is us” is the fatal, catastrophic, tragiogenic, hubristic planetary human actor — not “the” human being. We humans are not inherently tragic actors in life, or “born to be” tragiogenic agents of planetary collapse. For recurring example, Indigenes act in, and toward, ecosystems in ways that sustain the mutual thrivability and flourishing of humanity and our habitats, what the late Barry Lopez called the “Valid Wisdom” of Indigenes.

The danger of the Anthropocene emerging synchronistically with the science of human-caused, catastrophic climate disruption is that we will believe the false consciousness that humans “are” inherently tragic ecological actors. Glossing over precisely which humans are the agents of extinction makes us vulnerable to mistaking the tragic human actor for “the" human.

To avert the tragic Anthropocene of human perishing, we need to make a clear distinction between the fatal, catastrophic, tragiogenic, blind, hubristic actor in cultural systems and The Human Being; between tragiogenic Anthropos and thrivegenic, eudaimonic, Anthropos, if you will.

The blind, hubristic, tragic human archetype is only one kind of human actor in life; the enemy that is “us” is only one kind of “us,” not all of Us. We, the humans, have the potential to become the other dramatic kind of planetary actor, the comic hero/ine who acts like spring to revitalize and renew the world, and has the planetary agency to create a regenerative Anthropocene of Human Flourishing.

In archetypal Greek Drama is a theory of dramatic transcendent agency that, for complicated historical reasons, modern Western cultural descendants do not know. Dramatically speaking, “the solution that is us” is reinventing the acts of dramatic transcendence from archetypal Greek Drama for our globally connected era, to transcend the fatal Capitolocene and tragic Promethean Anthropocene of human perishing, and create the thrivegenic, eudaimonic Anthropocene of Human Flourishing.

Valid Wisdom instructs us that the flourishing of ecosystems and cultural systems is interdependent and mutual, making the eudaimonic Anthropocene a salutary Symbiocene of mutually assured thriving of cultures and commons. The “us” and “we” of the Salutary Symbiocene is a global ensemble of human actors who know the acts of dramatic transcendence, and do them, each in our own unique way, as individuals, citizens, leaders, societies, and planetary civilization as a whole.

Which Anthropocene do you want to direct your extraordinary powers of planetary human agency toward creating: the tragic Anthropocene of human perishing, or the eudaimonic Anthropocene and Salutary Symbiocene of a thrivegenic planetary civilization of human flourishing springing up all over a planet held sacred and cared for by all of Us?

That, my fellow GTI actors, is a cue.

Mimi Stokes is a playwright who focuses on the intersection of sustainability and drama. 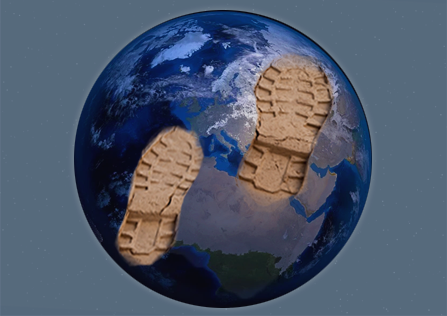