Interest in a basic income seems to be growing, and there are many examples of exploratory experiments. The question is, is a basic income a route to a more socially just and ecologically sustainable society?

Accoring to Guy Standing's opener, “a modest unconditional basic income” is “a necessary pillar of the reimagining of work and economic security.” A basic income would help free people from unnecessary, exploitative, and environmentally destructive work. It would create an independent income for home-based women and provide an enhanced capacity for “care, craft, and community work.”

Would a basic income scheme mount a fundamental challenge to the current market system? One of the benefits identified by Standing is that a basic income could enhance market participation by increasing the purchasing power of low-income households and encouraging entrepreneurship. This would seem to be promoting individualized economic activity rather than more community-based contribution.

The funding for a basic income would also determine how much of a challenge it presents to the market system. Standing avoids the problem of many proposals for basic income, which see funding coming from reallocating resources from the welfare state. Standing, instead, sees a basic income as a complement to robust universal public services to be funded by increased taxation on the rich, justified by the distorted and unequal patterns of inheritance and as “compensation of loss of the commons.”

My criticism of this source of funding relates not just to Standing’s proposal but to all redistributive proposals that aim to tap into the wealth of the few. The rich should, of course, be taxed (and more so than they are now), but payment of these taxes should not be seen as the origin of money to fund social and public policies. The rich should instead be taxed on the basis of their benefit from historical and contemporary patterns of social injustice and inequality. The rich don’t create money; they accumulate it.

If progressive social and public policies are assumed to be funded by taxing the rich, then the rich must always be with us; otherwise, a basic income and all other progressive proposals would have no source of funding. The rich will argue that they are entitled to their wealth because they provide people with jobs and generate the money to fund the whole public sector. This creates a Catch-22. The private sector must not be subject to high taxation because that undermines its ability to make a profit and thereby pay the higher taxes, but paying higher taxes would undermine their ability to create wealth—which then justifies continuing with lower taxes.

It is a myth that the private sector is the sole source of wealth and therefore money to fund the public and social sectors. As has been shown clearly in the 2007-8 crash and the recent pandemic, money can be publicly generated. As I have argued elsewhere, there are two sources of new money: state spending and bank lending.1 Banks expand the money supply when they lend, and it shrinks as debt is repaid. States expand the money supply when they spend, and it shrinks when taxes are paid. However, ultimately, the sole source of new money is the public sector, which has the sovereign power to create and authorize it.

Redistributive proposals need to recognize the importance of the existence of the public capacity to create public money, whether through direct public spending or via central bank liquidity for bank lending. The public economy can thus be seen as funding the market economy rather than the market funding the state. Both the public and private economies are providing goods and services. Both pay taxes. Both contribute to GDP.

To avoid dependence on taxing the rich, basic income and other democratically identified public and social initiatives should be funded by new public money which should then be retrieved by taxation, including higher taxes on the rich. Progressive policies don’t need the rich or profit-seeking growth.

A UBI is certainly preferable to welfare schemes that stigmatize the poor. But is it the best way to democratize and equalize our economy? We need robust public participation in the allocation of money, reconceptualized as a public resource. That might lead to a basic income, but it would also bring us far more.

Mary Mellor is Emeritus Professor at Northumbria University. Her books include The Future of Money: From Financial Crisis to Public Resource and Debt or Democracy? Public Money for Sustainability and Social Justice. 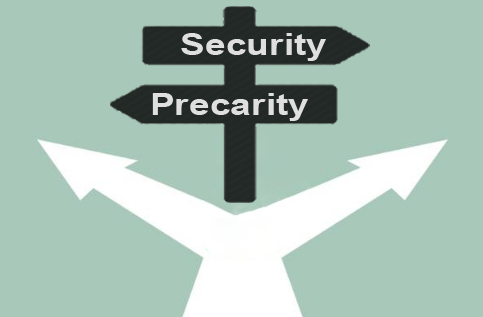