Against Oligarchic Enterprises
Contribution to GTI Forum Corporations in the Crosshairs


I wholeheartedly agree with Allen White’s opener that “moving beyond CSR to corporate redesign politics is an urgent strategic necessity for a Great Transition.” While I see his remedies as important, to be successful, they need to be anchored in a larger strategy for sustainable social and corporate change.

The best strategy for lasting reform lies in developing a compelling socioeconomic story that fits the facts, points to a positive future, and lays out the hero’s journey in between. This story starts by clearly identifying the villain. In this case, I would argue that oligarchy is the root cause of today’s global crisis. While oligarchy is technically defined as rule by the few, it is best understood as a system of self-serving power and privilege that tends to become sociopathic over time. The fact that it is a cultural system—a pattern of behavior maintained by a matrix of rewards, punishments, and beliefs that justify its action—explains why our problems are not caused by profit-seeking corporations or elites per se. Instead, oligarchy is an equal opportunity corrupter; it uses corporations, politics, government, religion, media, and even academia as vehicles for its self-serving ends.

There are several advantages to such an approach. First, it avoids the pitfalls of demonizing all profit, corporations, and/or elites. The problem is not with profit, but with the oligarchic ownership of all profits and the pressure to maximize the monetary profit for owners/shareholders alone. Here, the wealth created by many people is seen as the rightful property of some (often absentee) “owner.” Where economic history shows that investing in people and infrastructure is critical to social, economic, and corporate vitality, maximizing owner-profits usually means limiting wages, benefits, and other investment in employees, which often damages the corporation’s own long-term health.

Throughout history, each new form of oligarchy proclaims itself the natural, inevitable, and/or optimal pattern of society, but over time its extractive practices drain the constructive side of its home society along with its imperial outposts. The ensuing crises create pressure for reform. Successful reform produces an improved cultural system; failure to reform courts calamity and possibly collapse. The American Revolution, for example, was fueled in large part by the excesses of Britain’s oligarchic corporations. The progressive upsurge of the late 1800s, the Russian Revolution, the rise of unions, and Franklin D. Roosevelt’s New Deal were all responses to destructive rule by and for what Theodore Roosevelt called “malefactors of great wealth.”

Through cycle after cycle, humanity has been whittling away at oligarchic power and prerogative with reforms such as written laws, civil rights, and democracy. Unfortunately, oligarchic systems tend to regroup, using new rationales to rescind those reforms. Neoliberalism cloaked in free-market clothing is a clear example of this. Since its rise in the late 1970s, it has reversed many of the gains made by the New Deal—destroying unions, privatizing the commons, and corrupting politics with trainloads of money. Trump is the natural outcome of neoliberals’ gaslighting of the mainstream public into believing that outsourced jobs, unstable incomes, crumbling infrastructure, obscene concentrations of wealth, and skyrocketing debt and inequality are the inevitable outcomes of trickle-down’s automatically optimal political economy.

What then shall we do? We must work hard to implement the many existing counters to oligarchic abuse—e.g., we need to get money out of politics; enforce antitrust laws, restore progressive taxation, promote public banking, and establish new forms of corporate accountability and ownership such as stakeholder ownership and significant employee participation on boards. Improvements to social justice, civil rights, democracy, and curbs on abusive power are also critical, as is the need to stop teaching young economists that moral values don’t count.

History, however, suggests that Great Transitions also require a cultural narrative that unites people of all walks of life around a common-cause mission to make society better in some way. Rome had civic duty and the Republic; medieval society strove to build God’s city on earth; and Enlightenment reformers sought liberty, equality, and justice for all. I believe our mission must be to build regenerative economies, ones designed to serve the health and well-being of all people and the planet as a whole by following nature’s rules for building lasting, systemic socioeconomic vitality. What rules are those? Today’s energy system sciences are adding new detail about the importance of resilient structure, cross-scale circulation, fractal balance, and serious investment in human and social capital, but their most salient contribution is confirmation that humanity is fundamentally a collaborative learning species that thrives by pooling information, forging new hypotheses, and then revising its behaviors by revising its beliefs about how things work. In this narrative, the best way to save humanity from oligarchic power comes not from a single reform such as written laws, but from a rededication to collective learning that puts the health of the whole at the heart of our societal endeavor.

Though becoming an effective Learning Society may seem like a pipe dream, history suggests that it is a pragmatic fact of socioeconomic health. For example, in Creating a Learning Society, Joseph Stiglitz and Bruce Greenwald point out that today’s astounding technologies and lifestyles are due to the Scientific Revolution’s grand leap in “learning how to learn” as a society. These authors then detail many of the economic alterations needed to support a new leap in learning today. Similarly, in The Living Company, Arie de Geus shows that extremely long-lived companies, such as Stora in Sweden and Sumitomo in Japan, thrive by following a common set of survival rules: “To keep the organization alive and growing, managers…must place commitment to people before assets, respect for innovation before devotion to policy, the messiness of learning before the orderly procedures and the perpetuation of the community before all other concerns.”

This societal-learning narrative has numerous advantages. Here, for example, all of the aforementioned reforms can be seen for what they are: parts of a matrix of rewards, punishments, laws, incentives, beliefs and norms that constrain oligarchic abuse, liberate cross-scale learning, and channel entrepreneurial energy towards constructive ends. Instead of throwing the modern economic baby out with the oligarchic bathwater, this matrix can also be framed as the safe, energizing, learning environment needed for Adam Smith’s “invisible hand” to fulfill the democratic free-enterprise dream of an economic system that works to optimize the health of the whole. Here, investing in social capital and empowering education becomes vastly more important to vitality than obscene CEO salaries, and the need for the robust, cross-scale circulation of money and resources identified by Keynes; values such as justice, fairness, inclusivity, and diversity; and the laws of collaborative culture such as Elinor Ostrom’s rules for governing commons and Eric Jensen’s brain-based learning are viewed as similarly essential.

Today’s common-cause mission is part of the long-term quest to save humanity from the self-serving oligarchic power that always destroys societies—socially, economically, politically, and environmentally. This mission must not be framed as a fight against profit, corporations, hierarchies, government, or elites, but as a fight for social and economic systems run for the good of all people and the planet as a whole. The key questions before us are: What are the key elements of systemic vitality? How can we implement them? And, how can we turn them into a compelling narrative that energizes the mainstream public? CSR and environmental health are part of the answer, but the ultimate answer to systemic health lies in improving our learning capacities—socially, economically, and politically.

Sally Goerner is Research Director for University of Edinburgh’s Planetary Health Lab and for the Research Alliance for Regenerative Economics (RARE). She is also Managing Director of the North Carolina Sustainable Community Fund and former Science Advisor to the Capital Institute. 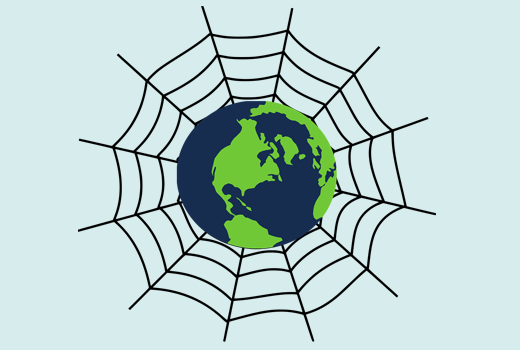