Spiritual Foundations of One World
Contribution to GTI Forum Can Human Solidarity Globalize?


We have been meditating on Richard Falk’s question “Can Human Solidarity Globalize?” At first, it sounds straightforward. But as we think together, it takes on the hint of a Zen koan. An answer of “yes” is barraged by its “but…but…but” so quickly as to empty into impossibility. I suppose that is the point of a meditation on “politics as the art of the impossible.” Yet the purpose of this art is to liberate the possible.

I would start here: inasmuch as human solidarity does not globalize, it does not exist. A solidarity of the human—the human as such, as humanity, presumably not just as these or those anthropic clusters—is by definition global. For this species has long been spread around the globe. If therefore there is to be human solidarity, the solidarity of a species across its differences, it would be global solidarity. This hardly exists. Nor therefore does human solidarity. Human solidarity, as not divided into those “parts” as “only enclaves of space on world maps” or into solidifications of one human collective over against another, is necessarily planetwide. And that is true even before we take on the ecological meaning of globe as planet.

So in order to globalize, we face the possible impossibility of the challenge that now confronts us as a species: the challenge to come into our own as creatures of this planet, as creatures whose failure of solidarity with each other, and (as it turns out) with the rest of the species making up the life of the planet, the planet cannot much longer abide.

So the urgency of the contemporary global crisis of climate and therefore of the human itself does mount toward the impossible. This century comes framed in meditations on “the impossible possibility of the im/possible” (Derrida). The slash cracks the impossible open to “The Great Transition.” Even the language needed to express the transition struggles for solidarity. “Globality” must constantly be distinguished from neoliberalism and at the same time from modern universalisms that unify an empowered “we” against some not-quite-human: of race, of gender, of nationality or gender; or from a universal that homogenizes human differences. We struggle for language that makes clear that such globalism is pitted against individualism, not individuality; that such solidarity thrives on the diversity not just of groups but of persons; that to globalize solidarity, far from reducing difference, vastly enhances it.

For difference itself is relation: we exist only in the relationality of our differences. And we thrive only in recognizing and strengthening our entangled difference. And then—without fear of our humanity being reduced—we can embrace its entanglement with the multiple layers of the nonhuman. And here also language threatens solidarity: Falk argues for a “responsible anthropocentrism”; I argue that anthropocentrism is at the root of our irresponsibility—even the biblical root of our “dominion.” Yet I recognize the strategic value of redefining anthropocentrism as an Anthropos in whose center all the layers of our evolution and tangles of our material ecology meet. So the portal through the im/possible can keep broadening under pressure of all of our differences.

I wrote The Cloud of the Impossible in recognition of how the density of the challenges we face occlude the vision whereby we might address them.1 Yet the phrase is a citation of the fifteenth-century polymath Nicolaus of Cusa, who is speaking precisely of vision. “And the more that cloud of impossibility is recognized as obscure and impossible, the more truly the necessity shines forth and the less veiled it appears and draws near.”2 There glows in the darkness of the cloud possibilities opened by that very necessity. Perhaps even today? Does the luminous “darkness” not shed its unwhite light on the necessities we face? Does the vision of which Falk laments the foreclosure begin in such darkness?

Yet Cusa’s “cloud of the impossible”—and mine—is of theological origin. Given the way that religious exclusivisms and supernaturalisms feed the politics of international right wings, how can theology strengthen the solidarities of a “politics of the impossible”? Most other respondents work outside of those religions. Yet some, like Richard Falk, include some gesture toward the religions or toward spirituality in the language of solidarity—and of “cosmic awe.” Just as Falk says, “gestating within the cultural bosom of world civilizations and world religions have been subversive ideas of global solidarity.”

Thus, as one of endless examples, the Parliament of World Religions earlier this summer sent out word of a new deployment of their “Declaration Toward a Global Ethic,” which from 1993 has worked across those world religions for social, political, and ecological justice. And even the present, largely secular readership will have some familiarity with Pope Francis’ Laudato Si, the encyclical responding to “the cry of the poor, the cry of the earth.” As to the decades of struggle involving countless sub-publics of liberation theology—Latin American, US Black, Asian—and of feminist, womanist, and ecological theologies—these religious left wings have had insufficient but immense impact. They work in deep solidarity with secular activist movements. The current work of the Institute for Ecological Civilization, based in LA and working internationally (with, for example, remarkable influence in China), grows from process theology, based on a science-yoked cosmological vision.3 In other words, a universalism of universe; a cosmopolitanism of cosmos. Theological metaphors of the divine or the sacred exercise deep motivational power across the (shrinking but still) massive proportions of Christians in the US, of those who identify as religious in the world. The religious left is mobilized by those of us who work, then, not against religion itself but against the conservative presumptions and right-wing uses of religion.

The Christian right has been particularly galvanized by the biblical prophecy of the Apocalypse. But the secular left can also be seduced by an End of the World despair—because the possibility for global solidarity may really soon slam shut. But if it has not yet, to ignore present possibilities is to betray them. My new book Facing Apocalypse: Climate, Democracy and Other Last Chances deploys the ancient imaginary against contemporary cultures of both denialism and nihilism.4 The biblical prophecy rages phantasmagorically against global imperialism and economics, promising against the odds the eco-urban utopia of the New Jerusalem. The word “apokalypsis,” after all, means not “end of the world” but “unveiling”—dis/closing not closure. The crisis itself presses possibilities out of their opposite. Falk—with no biblical inflection—offers the best rendition of this global opening: “Transition is not off in the distance or only in dreamscapes or science fiction imaginaries [or, I add, archaic visions]; it is happening around us if we only learn to open our eyes and hearts to the possibilities now emerging.” May I say “amen”?

Catherine Keller is Professor of Constructive Theology at Drew University and author of Facing Apocalypse: Climate, Democracy and Other Last Chances. 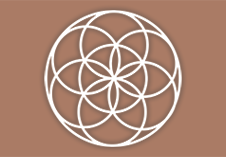