Coping with Barbarization
Contribution to GTI Forum After the Pandemic: Which Future?


It is difficult to see a good outcome from COVID-19 over the next few years. It has been clear since the World Health Organization declared COVID-19 a pandemic that there would be extensive illness and loss of life, but we do not know how severe the pandemic will be or how long it will last, or to what degree the global economy will suffer from mitigation efforts. Yet many had the hope that the tragedy would bring refreshing unity and common purpose.

But in the US, at least, this was not to be so. Trump refused to assert national leadership, blamed the crisis on China and the WHO, and tweeted away with distracting and divisive messaging. Walmart was deemed an essential business, while small businesses that sold similar hardware, toys, clothing, and accessories were required to shut down. Conservative America, strong in rural areas where rates of virus infection have been relatively low, resented the lockdown. Health care workers hailed as national heroes received little hazardous duty pay, nor did low-income workers deemed essential. Depression, anxiety, and alcohol consumption grew. Millions upon millions lost their jobs, and many of those had no recourse to unemployment assistance. The US closed its borders and expelled undocumented immigrants, and states started requiring quarantines of incoming travelers from other states.

Any illusion that the pandemic would bring people closer together with common purpose was shattered with the murder of George Floyd. The racism at the heart of American history since the founding of the Republic was horrifically displayed. For black people, the capitalist economy has not delivered prosperous lives, and the criminal justice and legal system has not protected rights and liberties. Some see black slavery and violence against blacks as endemic to the American economic and political system, with no hope that it could ever be different. White supremacist groups, such as the Boogaloo Bois, prepared for and even tried to foment a second American civil war.

The economy of the rich became even further detached from the lives of everyday Americans. While the economic outlook worsened, the stock market recovered. It represents the fortunes of America’s biggest companies, which have grown stronger at the expense of small and local businesses and workers—100,000 businesses have closed and up to 7.5 million may fail. Wages, stagnant for forty years, fell. Many of the millions of unemployed are increasingly dependent on the gig economy, and are handicapped by child care and elder care responsibilities. Twenty-one percent of children in the US live in households below the federal poverty level. The market and the economy continue to funnel money to the well-to-do, and inequality grows.

The federal deficit and debt have exploded. Modern monetary theory says a country can never fail to service its debt if its debt is in its own currency. The dollar should suffer against other currencies as the US debt-to-GDP level approaches World War II levels, yet everyone everywhere wants dollars. Now, with the federal government having spent so much on COVID-19 and state revenues plunging, the prospects for the Green New Deal, infrastructure spending, guaranteed health care, and full employment are much worse than three months ago.

In terms of GTI’s taxonomy of the future, Market Forces is winning—large corporations and finance are stronger than ever, and Policy Reform is at a standstill. Greater authoritarian rule combined with more surveillance is a strong possibility in the US and elsewhere. Many people are already suffering from social breakdown, and their situations will likely get worse. Eco-communalism as an alternative lifestyle is in many cases a luxury of a thriving economy; subsistence living whether from food banks, gardens, or barter will grow. The New Sustainability Paradigm—if it means a robust world economy without fossil fuels—is more distant than before and perhaps unachievable.

Longer term, this decay may be clarifying. We are witnessing a failed social experiment and a failed ecological experiment. Environmentalists will see they cannot ride prosperity into a green utopia, and working people will see that the bargain they struck to support elites in exchange for economic growth is no longer viable.

Instead of change from above, change may have to come from below. If we can no longer make a better world, we can be a better world. That is our hope—not revolution, but communities of resistance and renewal. What lies ahead will not be stable. We must labor not knowing the outcome.

Herman Greene is founder and president of the Center for Ecozoic Studies, a hub for dialogue and thought on an ecological-cultural age. He is co-editor of the forthcoming textbook Earth Law: Emerging Ecocentric Law—A Guide for Practitioners. 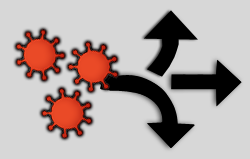