What does the climate crisis have to teach us? Are we listening to what the Earth is telling us, as planetary systems necessary for the maintenance of life continue to unravel? This question is central to how we might understand, conceptualize, teach, and engage with the multiple social-environmental crises that threaten humankind and the biosphere. Such problems span vast spatial and temporal scales, are inherently transdisciplinary, are rich with complex interconnections, and are centrally rooted in issues of justice and power. These problems invite us to acknowledge our indebtedness to multiple lifeforms and Earth systems over timescales small and large, and emphasize that, for example, Arctic ice melt and a drought in central India may be connected through complex causal links. It seems logical and necessary to engage in this act of deep listening as we ponder ways to live, teach, and be on our fraught planet.

Educating for the World We Don’t Want

However, most discourses around these crises ignore or circumvent these questions and seek to employ the same tools from the same old toolbox that is responsible for tearing apart the life-maintaining systems on the planet. Our current education system, which inevitably reflects and reproduces the crippling pyramidal power structures in which we live, emphasizes short-term thinking that is localized, disconnected, atomistic, reductionist, and simplistic. This Mechanistic/Newtonian paradigm forms the invisible construct of modern industrial civilization. An obvious manifestation of this paradigm in education is the division of disciplines into watertight compartments that rarely interact with each other; another is the identification of the educational realm with formal institutions cemented in rigid structures and practices, rather than a conceptualization of education as an organic entity that learns with and from human societies and the rest of nature on an ongoing basis for all age groups. Thus climate change is still mostly taught as though it was a purely scientific-technological problem, and the complex of crises—increasing social inequality, biodiversity loss, and climate change, among others—are reduced to a narrow focus on carbon emissions. At two recent conferences on climate education and action in the US, I came across this tendency to not listen, to tackle “the problem” with the best of intentions within the same paradigm that caused it. This paradigm blindness is a serious obstacle to the kind of change necessary for humankind to flourish and the biosphere, to survive.

This is one reason why the technofix delusion—that the climate crisis is merely a problem of the right kind of technology (and therefore easily fixable by techno-billionaires who write books on solutions without a sense of irony)—is highly pervasive. No technology can be evaluated in isolation from its socio-economic-ethical-ecological context. Scientists and technologists tend to ignore the wider context, and social science and humanities scholars don’t seem to be very interested in what the physical climate systems have to tell us, although there are rich lessons to be learned about what it means to be human when we acknowledge the non-human surround. And across the board, there seems to be insufficient recognition of the extent to which the cultural hegemony of the powerful co-opts, corrupts, and exerts a crippling hold on the imagination—what I call the reality trap, i.e., the assumption that the future must necessarily be an extension of current “reality.” This stupendous surrendering of the imagination allows us to accept the World-Destroying-World-Machine that the powers-that-be have unleashed upon our planet as not only normal, but also inevitable. The imagination has already been colonized. As a writer of speculative fiction, I recognize that the captured country of the imagination must be liberated if we are to embark on a Great Transition.

I am a professor of physics at a small public university on the East Coast of the United States, with deep roots and connections in India, where I am from. My always ongoing journey of learning began about a decade ago with the naïve assumption that teaching the basics of climate science as they aligned with topics in a physics course would be sufficient to warn my undergraduate students about what was unfolding and equip them to take informed action. Instead, a significant number of them ended up feeling despair, frustration, apathy, and hopelessness, along with confusion. This initial failure to do justice to both the climate problem and my students led me to explore beyond the boundaries of my home discipline of physics, to learn from students, communities, indigenous peoples, activists, sociologists, psychologists, economists, historians, biologists, and climate scientists, to try to understand what it means to listen to the multiple and multi-species voices of the crisis, and thereby to undergo the necessary epistemic shifts toward a more relational, more holistic, and more grounded understanding.

In an ideal scenario where the education system exists in a relationship of mutuality with the society it serves, a crisis of this magnitude would compel us to transform the system from the inside out; to generate an approach to teaching, learning, and acting on our multiple crises that begins by listening to the problem. In its absence—and while we work toward this radical reimagining—educators must resort to subverting the existing barriers. My ongoing attempt at doing so has resulted in an always-evolving framework rooted in four overlapping “dimensions” of climate change: the scientific-technological, the transdisciplinary, the epistemological, and the psycho-social. Central to these, and running through these like connective tissue, are the issues of justice and power.

In my physics class for non-science majors, we use stories, case studies, and news reports to bring out the fact that the scientific-technological is always entangled with socio-economic and ethical concerns. Three transdisciplinary meta-concepts form the basis of the framework, where climate science essentials are introduced that emphasize the complex interconnections between Earth systems, between humans and the rest of Nature, and across geographies and timescales. We can then recognize that climate change is only one of a complex of problems, that it is a symptom, rather than a disease, which leads us to examine the structural and systemic roots of the multiple violations of planetary boundaries, from biodiversity loss to climate breakdown—and thereby critique the fundamental assumptions of neoliberal economics.1 Meanwhile, we take learning out of the classroom through community projects within and beyond the university. We make time to share our grief and anger through poetry. We analyze the Newtonian paradigm’s historical roots and discuss indigenous epistemologies by way of contrast and inspiration. None of this can be done without an atmosphere of mutual trust, which is engendered through empowerment-building practices, the maintenance of high standards, and the demonstrated faith of the educator in the ability of each student, without exception, to excel. This is hard work, but always rewarding. But its efficacy is uncertain: When students leave my classes, do the effects last? It is difficult to say.2

Educating for the Great Transition

Through the work of listening to the Earth, we are called to transcend not just disciplines but also the false dichotomies of modernity: Human/ Nature, Personal/ Public, Personal/ Political, Ecology/ Economy, Short-term/ Long-Term, and more. All of this means standing up to power, to intelligently subvert and undermine the World-Destroying-World-Machine by teaching, learning, and enacting how we might live outside the Newtonian paradigm. This involves developing anticipatory, or futures, thinking skills, and the ability to think complexly about our problems—not at a remove, but from within our entanglement with the dynamically shifting network of human-natural relationships. Through this mutually intra-acting, sensitized network of action-response in our human and non-human surround, we may identify parameters of change and “intravention” points that can lead to large-scale systemic shifts toward meaningful education for diverse, thriving human-ecological worlds.

1. Chirag Dhara and Vandana Singh, “The Elephant in the Room: Why Transformative Education Must Address the Problem of Endless Exponential Economic Growth,” in Charting an SDG 4.7 Roadmap for Radical, Transformative Change in the Midst of Climate Breakdown, eds. Christina Kwauk and Radhika Iyengar (Leiden: Brill, forthcoming)..
2. Vandana Singh, “Toward an Effective Pedagogy of Climate Change: Lessons from a Physics Classroom,” 2021, https://arxiv.org/abs/2008.00281 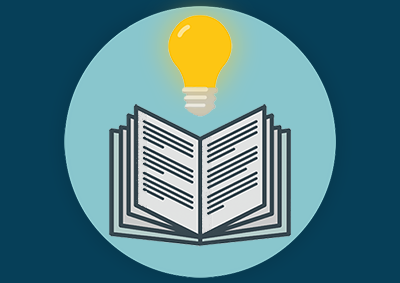