Guidelines for Technology
Contribution to GTI Forum Technology and the Future


Our money says “In God we Trust,” but our behavior says in a pinch we would bet it all on technology. Trusted or not, God is a mystery. So, too, is the science of quantum mechanics that underlies our smartphones, Internet, and supercomputers. “Not a human soul, alive or dead, actually gets it,” said Chilean writer Benjamín Labatut, “the mind cannot come to grips with its paradoxes and contradictions.”1 We are “like apes, toying and playing with it, but with no true understanding.” A pin stuck in the balloon of pretensions. In a universe which is 95% dark stuff about which we know virtually nothing except that our theories say it must be there—whatever it is. So, let’s talk about technology.

Even though much of it is beyond our comprehension, our hope is in better gadgets not better systems design or improvement of the “still unlovely human mind.” From the Titanic to Fukushima, however, hype exceeds the reality. Skeptics about technology, however, are frequently dismissed as “Luddites” by people ignorant of the history and issues of early industrial development in Britain. It is a knee-jerk reaction that we recognize in other circumstances as fundamentalism—the hermetically sealed assurance of infallibility no matter what the evidence. We need guidelines about technology.2 Here is my first cut:

1. The use of prosthetic devices like tools, hoes, hatchets, shovels, and hammers to solve problems is not a solely human behavior. Some animals do so as well.

2. Every tool and technological device is embedded in a system of political economy, ecology, culture, and morality.

4. The effects of any device, anticipated or not, ripple throughout the larger system with unpredictable consequences.

5. Sometimes these are counterintuitive, opposite to what we might logically expect, which is to say they “bite back.”

6. Technology is, then, an arena of irony and paradox.

7. The invention of the process of invention in the nineteenth century made technological innovation a positive feedback system, and the rate of change is accelerating.

9. Technological development without prior public assessment is anti-democratic.

10. Is technology a blessing or a curse? In 1972, when asked what he thought of the French Revolution of the 1790s, Chinese Premier Zhou Enlai famously replied, “It’s too early to say.” Ah, so.

David W. Orr is a Professor of Practice at Arizona State University and author of Dangerous Years: Climate Change, the Long Emergency and the Way Forward. 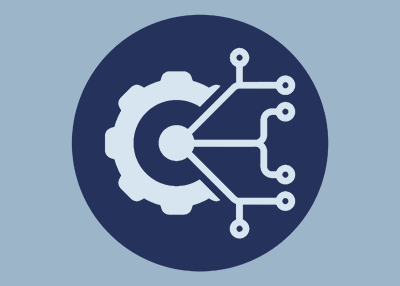