I appreciate Luis Cabrera’s effort at presenting us with a vision about the importance of designing effective global structures of governance to stem, at the very least, the rising tide of exclusions, expulsions, and devastation of both humans and nonhumans in our shared planet brought about by the current model of global, patriarchal capitalist modernity.

I would like to make one basic point concerning the need to keep in tension two visions: the vision of global solutions or approaches, on the one hand, including global mechanisms of governance; and locally-generated visions, on the other. This tension, I suggest, is important even for how advocates of global visions and solutions conceptualize their proposals. Latin American theoretical-political debates by, and about, social movements, grassroots communities, and collectives facing extractivist pressures (like large-scale mining and agrofuels) and macro-development projects on their lives and territories show why.

In Latin America today, locally generated visions and proposals for dealing with the ravages wrought on people and the planet by capitalist globalization emphasize three principles: (1) the recommunalization of social life (in an open-ended way), to counter the hyper-individualist tendency of globalization and to potentiate human action from the perspective of the radical interdependence of all that exists; (2) the relocalization of activities (economy, food, shelter, transportation, health, and so forth), to strengthen local, convivial ways of living; and (3) autonomous and collective modes of decision-making that promote the self-determination of communities and collectives at the local level, to counter the dependence on undemocratic states and institutions, and potentially networking with similar autonomous struggles—regionally, nationally, and internationally. These principles go in tandem with three overall theoretico-political criteria: (1) the decolonization and depatriarchalization of social life; (2) the Liberation of Mother Earth (an indigenous proposal); and (3) the flourishing of the pluriverse—or, as the Zapatistas put it, a world where many worlds fit. Together, these principles and criteria can be seen as the fundamentals of strategies for the civilizational transitions seen as needed by many of these groups if we are to face effectively the contemporary crisis of climate, energy, food, poverty, and meaning.

There is clear tension, then, between this vision generated by grassroots groups and social movements—a pluriversal imagination—and the universal visions of global governance. While the former aim at going beyond development, growth, and globalization as we know it, the latter, it seems to me, remain within existing modern paradigms of social action. (One can perhaps say that they remain within the Conventional Worlds worldview driven by Market Forces and Policy Reform, even if aiming toward the Great Transition, to rely on the categories proposed by the 2002 Great Transition inaugural paper). Yet, as Boaventura de Sousa Santos is fond of saying, we are facing modern problems for which there are no longer modern solutions. By incorporating some of the insights stemming from below, those advocating for global governance might infuse their frameworks with a more radical, and promising, political edge.

I am aware that my commentary—as I mentioned, in line with current Latin American autonomy-oriented political debates—strays somewhat from current international political debate. I offer it here, with great respect for Luis Cabrera’s paper, as a potential source of ideas, as I believe the critical Latin American views I have presented contain a particularly powerful message of relevance to the world at large.


Arturo Escobar is Professor of Anthropology at the University of North Carolina and the author of Designs for the Pluriverse: Radical Interdependence, Autonomy, and the Making of Worlds. 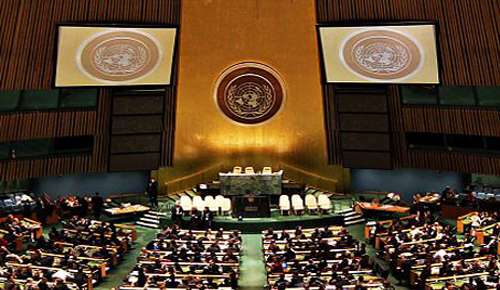