I find the subject of “monetary reform,” or rethinking our strange monetary system, to be a very interesting topic, and I’m grateful to Mary Mellor for introducing it to the GTN, and for laying out some of the transformative ideas that often get connected with it. However, I find grave fault with her logic.

Mellor starts out with compelling grand claims, including that our money system is responsible for social and environmental exploitation. Reading these same claims nineteen years ago precipitated my early midlife crisis and a change of career, after twelve years in physics, to economics. In particular, the claim that our “debt-based money system” necessitates “growth” (Mellor’s “pernicious cycle of debt and growth”) is a widely held belief amongst “monetary reformers” and tends to rest on shaky grounds.

Like countless monetary reformers before her, Mellor writes, “Money created and lent by banks…drives growth because new debt is created to repay old debt.” Can one really think that if you could argue such causation through the simple logic that it is often given, economists would not be studying it? One may have good reason to be skeptical of economists, but if one has any idea how many economists, and for how long, have looked for (new) causes of economic growth, one would be likely to ignore claims like Mellor’s on principle.

One way to understand this issue better is to consider a hypothetical world without growth, in which banks create money out of nothing when making loans. Here is what I wrote to Herman Daly in February 2005:

- Resource flows are constant. Population is constant. No aggregate growth (i.e., neither material nor monetary). But each human earns=produces=harvests more during his “youth” than during his “old age.” Think of there just being two groups: the Young and Old at any one time. The number of houses is constant. People like to start living in houses before they are fully able to pay for them. Thus they take loans/mortgages. While Young, they work to pay the loans off. In effect, the physical fruits of their labour go to the current Old (value of the principal of the loan, i.e., the value of the house) and to the Money Lender (value of the interest) and to themselves (they eat what’s left). When Old, they sell their houses to the next Young generation, and use the proceeds to buy the physical fruits from the Young.

The money supply is constant. Those who give out the mortgages (the wealthy? the government?) get some payment (ultimately in real terms), but this does not mean anything grows.

There is no “growth” going on overall—just cyclic productivity of the humans as they grow up and grow old and die. In the above description, there need not even be physical capital besides the houses: the Young workers produce fruit, and the Old, the Moneylenders, and the Young eat it.

Simple modifications to this model are also neutral to growth:

If, instead, the Old die still owning some value, you still don’t get capital accumulation, and the issue has nothing to do with money. The extra wealth is going to (i.e., being eaten by) the Young when they are Children, say.

The Money Lender willingly gives a loan to the Young but not to the Old because they can expect to pay it off, not because something aggregate is growing. If you like, human capital is growing in the Young humans who will be more productive, but such “growth” is balanced by the human capital depreciation when they grow Old and die. In aggregate, there is no growth. But there’s still a role for money, and it is still worthwhile to pay interest, to mediate between the generations.

Adding inflation/money supply growth/etc. does not change anything in real terms.

A very analogous story can be told about a capitalist society consisting of firms rather than fruit pickers. If there are business cycles, for instance, or any fluctuations in demand (or productivity), firms will borrow to pay costs (pay new labour, or investment) when future sales are expected to be high and will not invest (i.e., let capital depreciate and not hire labour) when future sales are expected to be lower. There need be no growth, no firms going bust, and for simplicity even no physical capital. The firms could be in phase (business cycles) or out of phase (more like the generations of humans).

The Money Lenders are being paid some real output for their “service” in mediating “consumption smoothing” or “investment smoothing” for different entities in different phases of a life cycle.

Note that the above is not meant to be a model of everything in our economy. It simply debunks the claim that there is something intrinsic to interest-bearing loans that causes growth in materials or economic activity to occur.

When all is said and done, I suspect this issue comes down simply to a power struggle over one of the possible means of providing government revenue. The banks have taken over seigniorage from governments, and the banks are much too powerful for anyone to take up the issue and not have their political career destroyed (except in very exceptional circumstances such as the recent financial crisis, as Mellor points out). Beyond the fact that regaining more of that seigniorage, say by requiring a 100% reserve ratio, would provide some revenue during times when the money supply was expanding, it’s not clear that anything else is guaranteed to come with monetary reform, and nothing in particular can be achieved that couldn’t be achieved now through appropriate use of public funds and rules.

In any case, I agree that “the crucial question of how money enters or leaves the economy is left out” of conventional economics, and it’s not clear why. Why do monetary economists (who largely think about other stuff like sticky prices, etc.) not think about varying the reserve ratio? Or rather, why are they so sure that it doesn’t matter? This I find troubling.

In modern times, we must also think about technology when we think about monetary reform, since our current monetary system is largely an accident of history and technological change (we don’t use cash much anymore). Some kind of electronic form of cash is possible (along the lines of cryptocurrencies, yet democratically controlled) and might be the way to win the seigniorage struggle. Indeed, why did the Canadian Mint’s monetary innovation, called MintChip, suddenly get scrapped under our previous Prime Minister, after it had been largely designed/developed?

Apparently Canada is now/again doing some R+D on its own cryptocurrency (citation: last week's Economist), which I consider great news. I'd guess that government-run digital currencies could fill the role of both cash and our checking/savings accounts, meaning they could effectively move us back towards a higher-reserve system. Expect huge push-back from the banking industry.

Christopher Barrington-Leigh is an Assistant Professor at McGill University, joint between its Institute for Health and Social Policy and the McGill School of Environment, and an Associate Member in McGill's Department of Economics. His research focuses on empirical and quantitative assessments of human well-being, and their implications for economic, social, and environmental policy. 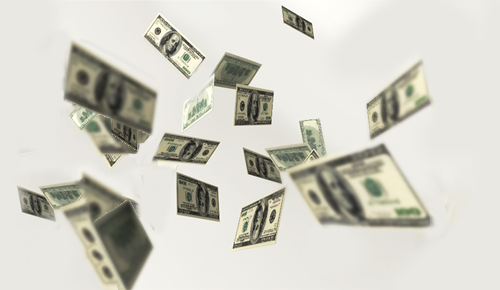