At the end of his insightful analysis, Paul Raskin poses two primary questions: “How can we envision a systemic global movement?” and “What initiatives can hasten its coalescence?” In my humble opinion, if a global citizens movement is to emerge, it will have to emerge in an organic manner. That is, such a movement will have to unfold in exceedingly complex and dynamic ways, punctuated by partially unpredictable transformational moments, ways more akin to the growth and development of an organic body, or the evolution of a species, than the construction of a (social) technology. This is, in the broadest brush strokes, how I envision a systemic global movement of the kind Raskin invites us to consider. Yet this does not imply acceptance of a passive response to the need for a global citizenship movement, nor does it imply a lack of agency on our part. Rather, it implies the need to assess the relative capacities and opportunities of any given individual, organization, or network, and think deeply about how any given agent can best contribute to the advancement of this complex dynamic process. And it seems to me that this is how we need to think about what initiatives can hasten the coalescence (or advancement, perhaps) of such a movement.

In this regard, I would hope that most readers have already given deep thought to the relative capacities and opportunities that enable and constrain their individual and collective efforts to foster a great transition, and a global citizens movement in support of it. The question that seems most immediately relevant to this discussion is: What more, if anything, can the GTI—this network we are all participating in—contribute toward these ends? When I think in these terms, I recognize that the GTI, under the leadership of the Tellus Institute, has proven quite effective at creating spaces for informed, thoughtful, probing discourse, among diverse leaders of thought from many academic and activists fields, on the exigencies of the age we live in and some of the means for addressing them. This is a proven capacity that is in keeping with the nature of Tellus and the nature of this online GT Network. Of course, I think GTI recognizes that it does not have the capacity to directly organize or foster systematic and transformational kinds of social action, but only help spawn new initiatives. Meanwhile, many other entities can foster grounded social action, but are unable to foster thoughtful discourse. Both are needed. Indeed, each has to inform the other, if knowledge and practice are to advance in a dialectical manner.

In this context, I return to the second question posed: What initiatives can hasten the coalescence or advancement of a global citizens movement? There are undoubtedly many such initiatives, but it makes sense to focus on initiatives GTI can actually undertake. Toward this end, I suggest GTI consider how it can deepen and expand its proven capacity to contribute to public discourse, as a means of contributing to the evolution of thought, or the evolution of consciousness, beyond the current network of GTI participants. Other respondents have emphasized the semiotic and epistemic dimensions of a great transition, when they have referred to the need for more compelling narratives, memes, etc. Though this is only one dimension of the great transition, and only one dimension of what it will take to advance a global citizenship movement, it is an important dimension and it is the dimension to which GTI is most suited to contribute since the medium of semiotic and epistemic evolution is, in large part, discourse. So on that note, I hope there’s a way for GTI to significantly expand and deepen its capacity to foster informed, thoughtful, probing discourse on the exigencies of the age we live in and some of the means for addressing them—among expanding circles of diverse participants from around the world. This would constitute a significant contribution to the complex, dynamic, organic process of a great transition to a planetary civilization, and perhaps to the emergence of a global citizens movement within this wider process.

Michael Karlberg is Professor of Communication Studies at Western Washington University and the author of Beyond the Culture of Contest: From Adversarialism to Mutualism in an Age of Interdependence.

The Problem of Action 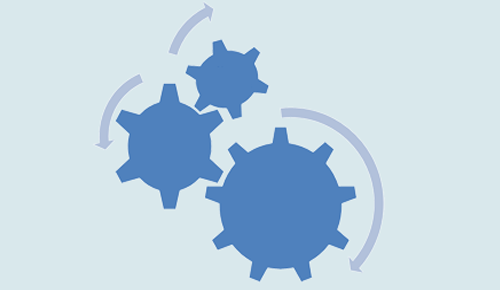