This has been an interesting and stimulating debate, and I would like to thank the contributors and also GTI for organizing it. It is not that often that the question of trade unions is discussed sympathetically among social movement and futures-oriented thinkers/activists. There has been a divide that has kept both sides apart to the detriment of all.

I would note first that my piece was deliberately focused on the current conjuncture, rather than considering the whole complex historical picture. I examined the broader context recently in Rethinking Global Labour: After Neoliberalism, which analyzes labor issues arising from a global perspective going back to the mid-1970s. But we are now in a particular situation, perhaps unique, when labor could once again play a vital role in promoting democracy as it did in the initial phase of capitalism. That is why we need to focus on the here and now.

New technologies are one of the challenges labor faces, as Bill Fletcher points out. My own sense of the role of new technologies is that the debate can rapidly descend into futurist dystopias of robots taking over our jobs. In this wonderful world of new technology and AI (artificial intelligence), there are many openings for action by trade unions and labor activists. Ever since the “machine breakers” of the industrial revolution, workers have faced the issue of “labor-saving” technology. The attempts by employers to “deskill” workers have always failed, and countervailing strategies for labor have been invented. Capitalism is continually in flux, and the trade unions as collective labor organizations struggle to keep in the game.

The rise of right-wing populism is another defining element of the here-and-now, and Bill Fletcher and Peter Evans both spoke to how populism and nationalism can undermine transnational labor solidarity. My own take on the populism debate now raging is colored by my Latin American experience. In short, I think the term is too blunt an instrument to be useful. I am also mindful of the close interrelation between the labor and national liberation struggles in what we once called the Third World. I am always conscious of Ernest Gellner’s witty comment on Marxism’s “wrong address” theory of nationalism: the liberationist message designed for classes was instead, by a terrible postal mistake, delivered to nations. Peter Evans is right to stress the real appeal of Trump in sectors of the US trade union movement, and I could add similar examples from this side of the Atlantic in regards to Brexit, somewhat simplified by liberal internationalists in their analysis.

Perhaps the most important underlying theme in the discussion, however, was the question of whether the glass is half-full or half-empty in terms of the prospects for trade unions to play a progressive role in the great transition. Peter Evans reports that his own optimism has now faded somewhat, and Immanuel Ness went further, arguing that, rather than the workers of the world uniting, “desiccated labor has grown under neoliberalism.” I am not sure if the optimism/pessimism binary usefully captures the dilemmas at stake here. Is it not more about potentialities and a realistic appraisal of what is going on within the labor movement? This is not always easy to grasp from the outside looking in, especially if seen through a prism of certainty about the correct “revolutionary” path.

Another way of approaching the optimism/pessimism question is by looking at the prospects for a new trade unionism emerging fit for purpose in the era of late globalization. Guy Standing argues that “unions should transform themselves,” and Kim Scipes argues for the “need for workers to be organized, consolidated, educated.” Few in the trade union movement would disagree with these sentiments. It is just that, as organizers, we are much more conscious of both the problems and the potentialities of the labor movement. Trade unions still mirror the structures of capitalism; they organize workers where they are (economically, politically, culturally) and not where we would wish them to be. The union movement, like the women’s movement, for example, thinks through its own dilemmas and constantly restructures its approach to meet the huge challenges it faces.

Many commenters spoke to the internationalism (or lack thereof) of the labor movement. My view is that labor internationalism today differs from the labor internationalism of the 1970s for a number of reasons. We are not in the Cold War with all the political divisions that entailed; we are in the era of globalization, not internationalization, when the ability for labor to organize across frontiers becomes much greater. But I also think the nature of internationalism has shifted due to the counter- or alter- globalization movement. It is not just trade unions but also working people broadly who forge transnational bonds through migration, social movements, and political alliances. While I believe organized labor is, or should be, at the core of this new internationalism, I think it will occur as part of an articulation with wider forces committed to democratization and social transformation.

An important angle on the new internationalism is added by Andrew Herod, who argues that the current wisdom that labor must “go global” to match capital’s global or transnational organization needs to be rethought in terms of the complex politics of scale involved in the making of globalization. Given the interrelationship between all elements in the global supply chain (e.g., just-in-time production), it might make more sense to focus on one or two “local” pressure points “turning a firm’s ‘global’ organization against itself by capturing power at or two places along the supply chain.” These strategic dilemmas are faced daily by labor organizers operating under ever-present resource constraints.

Who is in the working class today? Standing is correct to argue that there is “no single working class, let alone one that is united.” There have always been working classes rather than “a” working class, and they have always been divided by gender, race, and global region, with unity always a fragile affair. But we should note that the precariat that Standing highlights is part of this complex ever-changing working class, not a separate, even opposed, social grouping. In the 1970s, we talked about the “working class and the laboring poor”; today, we refer to the formal/informal divide, but all within the parameters of “working people” as against capital and the “1%.”

Ariel Salleh emphasizes the broader question that we need to be focused on, namely the role of “peasant farmers and indigenous peoples—half on whom are women” in the creation of a “meta-industrial labor class.” And, of course, trade unions are not the only vehicle for labor struggles. There are many forms of communal and even faith-based mobilizations that advance the cause of labor.

An issue I did not deal with fully, mainly for reasons of space, is the relationship between worker and ecological struggles. Stephanie Luce rightly points out that “if labor doesn’t make a serious shift towards prioritizing environmental justice, none of the rest matters much.” I would agree that the red-green alliance has been a fitful affair, and that there are very real contradictions between the attachment that workers have to their jobs in certain industries, e.g., coal, and their consciousness as citizens concerned with the environmental risks. Helen Beazley is absolutely correct to point out the tensions that exist between organized labor and environmental campaigns, although labor and environmentalists must work together to have any chance of transformation. Correspondingly, changes are afoot, such as the 2010 International Transport Workers’ Federation congress’s decision to challenge the “jobs versus the environment” formulation and call for a reorientation of the whole transport sector that would require much greater political control over market forces.

The utopian element of the early socialists and labor organizers needs to be revived and repurposed for the era of late globalization. Utopias are visions of the future, sometimes serving as myths that sustain a movement in the bad times, sometimes offering an energizing vision of what might be possible. Utopias can also be demobilizing, taking away agency in the here and now because a bright future beckons. But it need not be like that. Dystopian futures can be thoroughly reactionary as with the “robots will take your jobs” discourse, but futures thinking can also be an empowering element in the global labor and social justice movement, showing that “another world is possible” and that the outcome of globalization as we know it is not a given. As John Urry put it in his book What Is the Future?, “The futures world may be a murky world, but it is one we have to enter, interrogate and hopefully reshape. It should be a direction of travel for fateful analyses of social life within this new century.”

Ronaldo Munck is Head of Civic Engagement at Dublin City University and a Visiting Professor of International Development at the University of Liverpool and the University of Buenos Aires. He has written widely on Latin American social movements and the impact of globalization on labor. 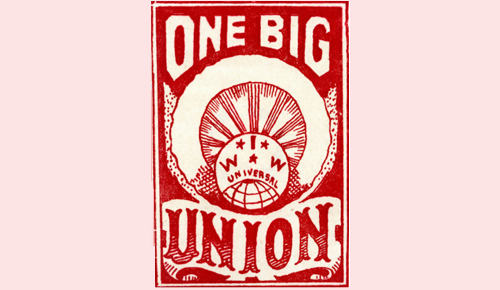