Contribution to GTI Roundtable Party Time?
An exchange on the essay A World Political Party: The Time Has Come


Heikki Patomäki’s call for a “World Political Party” reflects the dire predicament we presently face and the absence of any platform or institutional framework that is in any sense equal to the challenge. The essay clearly offers much food for thought. Yet Patomäki’s well-intentioned proposal for a global political formation is at best nebulous, highly problematic on several fronts, and quite possibly counterproductive.

It is nebulous in that it fails to address a number of critically important questions, answers to which must precede any proposed solutions. First, we need a much clearer, sharper, and more detailed diagnosis of the current multifaceted ailment that afflicts not just humanity but the planet. The ailment is simultaneously political, economic, ecological, social, and cultural. It is largely the expression of pathological forms of globalization, which have been in the making for well over a century.

Many have rightly pointed to the dynamic of exploitation as underlying much of contemporary social pathology. Here we have in mind both exploitation of people and of nature, be it inequitable patterns of production, trade and finance, fossil fuel profligacy, or nuclear deterrence. But there is more to this than the economics of exploitation. Exploitation, which has now assumed global proportions, is the inevitable outcome of the logic of exclusion. People and nature, and importantly future generations, are routinely excluded from the decisions likely to adversely affect them. They are excluded from decision-making processes and institutions because to include them would in all likelihood produce outcomes inconsistent with stark inequalities of wealth, income, and influence. The politics of exclusion rests then on a dual mechanism, simultaneously psychological and structural, of domination and indifference. The powerful and privileged are intent on dominating in order to preserve their power and privilege, while remaining indifferent to the harm such domination inevitably leaves in its train. It is this blend of domination and indifference, and its technocratic manifestation in economy, warfare, and mass culture, which threatens future generations and risks producing, in Pope Francis’s words a planet of “debris, desolation and filth.”

The refugee, fleeing war, poverty, and environmental disaster, is in many ways the quintessential victim of exclusion, and its twin progenitors, domination and indifference. In his celebrated homily delivered in Lampedusa in July 2013, Pope Francis identified indifference as the key to the callous treatment of refugees and asylum seekers by the rich and comfortable—a much wider constituency than the numerically small corporate, political and military elites:

The culture of comfort, which makes us think only of ourselves, makes us insensitive to the cries of other people, makes us live in soap bubbles which, however lovely, are insubstantial; they offer a fleeting and empty illusion which results in indifference to others; indeed, it even leads to the globalization of indifference. In this globalized world, we have fallen into globalized indifference (emphasis added).

Simply put, the mechanism of exclusion violently disrupts social and ecological systems. It is in its essence divisive, setting humanity against nature and fragmenting humanity into competing and warring classes, castes, communities, and nations.

We must therefore ask, how would the proposed World Political Party handle the politics of exclusion? It would not be unfair to say that the essay sheds little light on the subject, except for such fuzzy descriptions of the Party as “a pluralist, evolving community of global citizens.”

Simpler, though equally basic, questions are also neglected. What would be the primary functions of the Party? Parties are normally regarded as political formations aiming to achieve control of the state apparatus, whether by electoral or other means. Is this what Patomäki has in mind for the world political party? If its national chapters are to contest elections in the so-called liberal democratic world of Europe, North America, and Australasia, how will they differ in either structure or policy from—and will they do battle with—the already considerable range of existing national parties that we associate with the socialist, social democratic, and green traditions? Why would yet another electoralist formation make much of a difference to the ideological, cultural, or organizational landscape?

If, on the other hand, electoral contestation at the national level is not to be the primary function of the new Party, then what is? It is easy to say advocacy, but what exactly does this amount to? Advocating what, to whom, how, and with what expectation of success? Assuming the World Political Party has done its homework and is able to generate complex, well-designed institutional and policy remedies to our current ills, who is likely to listen? Who would implement any of the Party’s recommendations? What can we reasonably expect to be the sources of its influence?

One other weakness of the proposal merits attention. Given that we are dealing with an unholy mess that is of immense scale and complexity and multidimensional in both substance and form, how are opposing voices and conflicting interpretations, solutions, and strategies to be reconciled? Is it enough to speak of mutuality, trust and sensitivity? These are precious but scarce commodities. Is a World Political Party well placed to cultivate these qualities? Or, is it just as likely that this Party will fall prey to Robert Michels’s “iron law of oligarchy”?

This brings us face-to-face with what is perhaps the proposal’s fatal shortcoming. As one reads the essay, one is given the distinct impression that Patomäki’s mindset is essentially that of a European, steeped in European history, speaking largely to a European audience. And even here, as the expanded European Union has shown us, Europe is an amalgam of contradictory historical experiences, interests, perspectives and aspirations. Can we reasonably expect that this Eurocentric idea will resonate with the North American and Australasian publics? And if this is to be a World Political Party, what are the chances that it will have much appeal or relevance for the societies of India or Indonesia, not to mention China, Brazil, Myanmar, or Fiji?

Perhaps a more promising route would be to explore, at least in the first instance, the much looser notion of an intercultural network of projects and initiatives that has no pretentions to a unitary political formation or to the articulation and advocacy of an identifiable political program.

The aim in this case would be to foster a transnational, transcivilizational dialogue that expressly seeks to build on the repositories of wisdom of the world’s leading ethical, civilizational, and religious traditions and adapt them to the new circumstances of our epoch.

Attaching equal importance to both differences and commonalities, participants in such a dialogue would revisit the present and the past, engaged in a journey of self-discovery as well as discovery of the “other.” This is a dialogue that would provoke profound soul-searching within as much as between faiths, cultures, and civilizations. It is a dialogue that would begin to inform the content and method of both formal and informal education. Over time, it would reshape how we communicate across national and cultural boundaries. It would help generate the fertile soil on which new ways of thinking, acting, and organizing can begin to take root. But this is another story for another time.


Joseph Camilleri is Emeritus Professor at La Trobe University, Melbourne, where he held the Chair in International Relations and was founding Director of the Centre for Dialogue. He is a Fellow of the Australian Academy of Social Sciences, chair of the Editorial Committee of the scholarly journal Global Change, Peace and Security, and adviser to Ideapod, a new web-based platform aimed at harnessing the power of ideas. 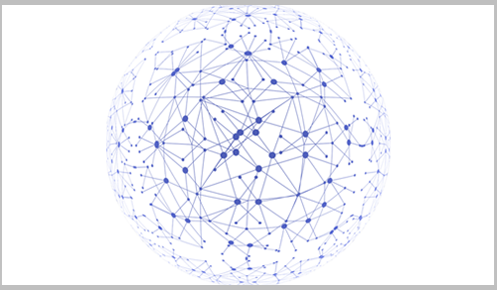